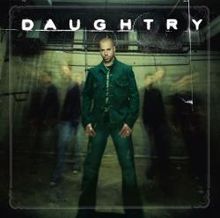 On Tuesday, August 27th, at 7:30 p.m., one of my favorite rock bands of today will be heading to New Jersey — Daughtry. The band will be headlining a show at the Mayo Performance Arts Center (MPAC) in Morristown, with special guest Augustana.

I’ve seen Daughtry before, and the band puts on an amazing performance.

As the frontman for the band bearing his name, Chris Daughtry has become one of the most visible and consistent rock & roll torchbearers of the 21st Century.

After rising to rockstar status on the fifth season of American Idol, Daughtry and the band have released four albums, all of which reached the Billboard Top Ten and have combined sales of over 8 million copies in the U.S.

Daugherty has numerous chart-topping hits to its name, such as “”It’s Not Over,” “Waiting for Superman,” “Feels Like Tonight,”  “Over You,” and “Home.”

Tickets go on sale today at 10:00 am. Log onto https://www.mayoarts.org/shows/daughtry.