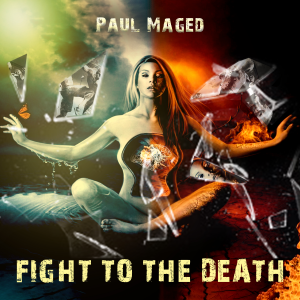 I often wonder where true rock music has gone. On June 17, New York City indie rocker Paul Maged released his long-awaited six-song EP Fight To The Death (FTTD), a melodic blend of cool rock tunes with an auspicious yet vicious bite, making me believe that the Massachusetts native has pumped life back into the nearly lifeless music genre.

Validating Maged’s talent, the UFC used the title track to his EP, Fight To The Death, on UFC Fight Pass and Titan Fighting Championship as the music to accompany their latest video promo for their big Titan Fighting event, which took place on June 28th.

I can see why they used the single Fight To The Death, as the song packs a hard-rocking wallop, with driving guitar riffs and a relentless beat, not to mention meaningful lyrics, which are only matched by Maged’s strong vocal presence.

Life Goes By isn’t as heavy as the opening track, but still delivers a musical expression worthy of Maged being a genuine rockstar.

Following that up, Nightstalker brings Maged’s heavy, energic music back to the forefront, with all the necessary elements for a quality rock tune. 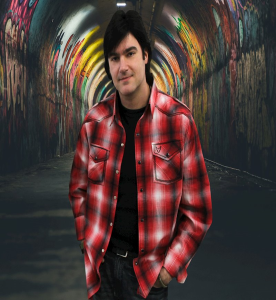 FTTD is the third and final album in Maged’s EP trilogy, following Light Years Away and The Glass River.

I liken Maged’s music to musical acts such as Queens Of The Stone Age and Soundgarden.